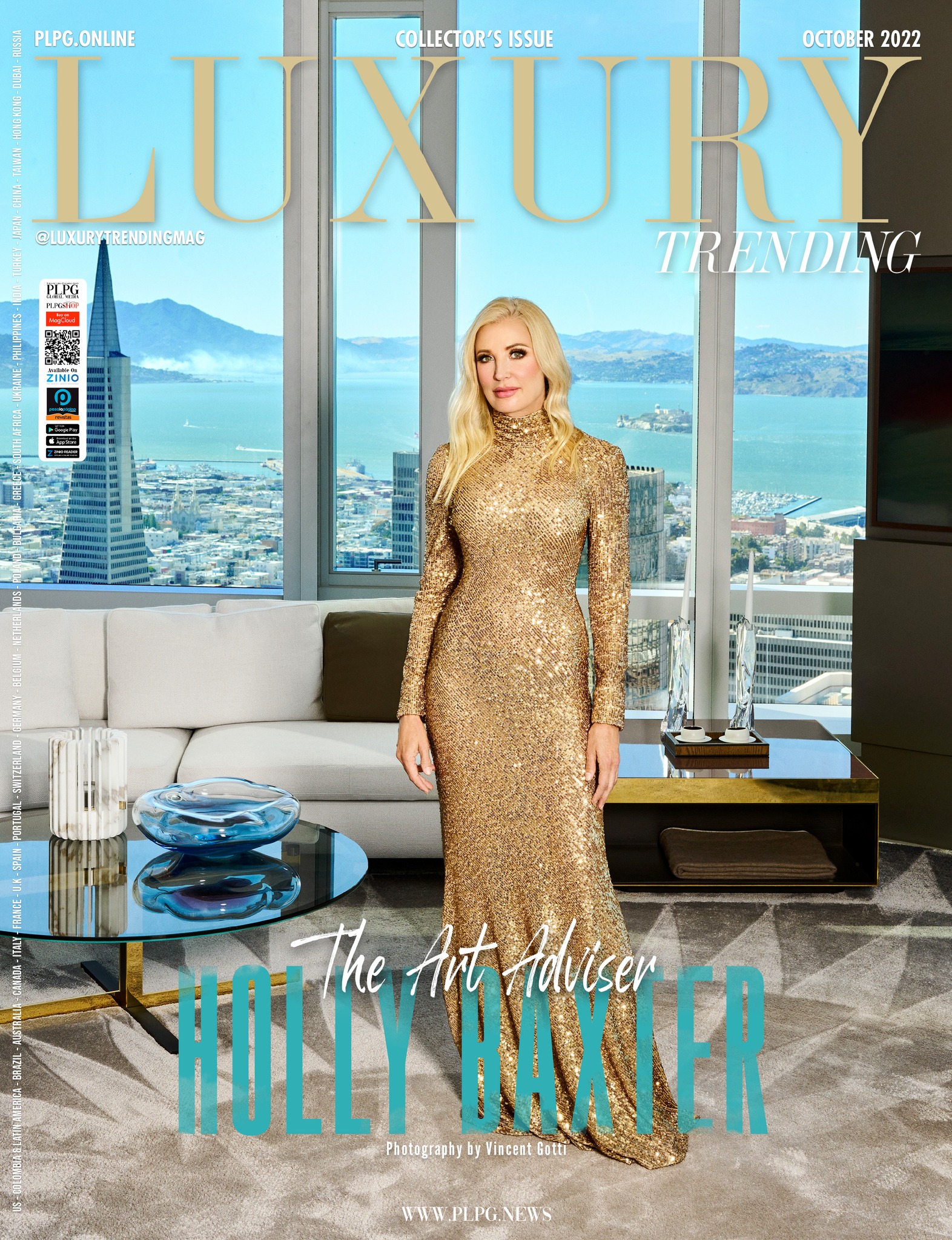 An Art Adviser with Expertise and Discernment

Heide VanDoren Betz: Tell us a bit about your background, your upbringing.
Holly Baxter: My parents–my father a physician and mother a homemaker–collected modern art. I was always fascinated by the artworks in our home. I loved walking around just looking. We, my parents and younger sister, were frequent visitors to the Nelson Atkins Museum of Art in Kansas City, Missouri, where I grew up. The works in the Nelson Atkins made a great impression on me at an early age.

HVDB: Did you have favorite works of art as a child?
HB: Yes, I fell in love with the drama of Baroque paintings, especially Caravaggio, his painting of Saint John the Baptist in the Wilderness stands out; it is considered a masterpiece and is one of the museum’s greatest treasures. This image has stayed in my mind having impressed me so as a child–there was St. John as a young man, barely dressed in a red cloth, brooding, with dramatic contrast of light and dark. My uncle, a painter, encouraged me to read art books and he had one on Caravaggio; I was hooked. I was also fascinated by Neoclassicism, the paintings by Ingres; Romanticism, Delacroix; and of course the founding Impressionists, Impressionists and Post Impressionists, Cezanne, Courbet, Manet, Gauguin, Van Gogh, Redon, Renoir, Degas, Toulouse-Lautrec, and Monet. Where would modern art be without their insights and revolutionary (for the time) ideas? I have a visual memory of many of these great works. I remember not only many favorite paintings in the museum but also the rooms and walls where they hung.

HVDB: When did you become interested in the business of art?
HB: While I was fascinated by art as a child, I went to Arizona State University, Phoenix (where my husband was studying Orthopedic Surgery), I studied business and earned a degree which led me to work in the technology industry for ten years. However, my passion was really for art and art history, so I continued my education at UC Santa Barbara studying art history.

HVDB: Does anyone stand out as having influenced your career decision?
HB: While in school at UCSB, I worked part time in an art gallery where I met, and became friends with the artist Kenneth Noland who had a studio in Carpinteria. I visited Ken often and learned a great deal about art and the art world. My actual career in the art world began in 2001 when two art-world friends asked me to join them as partners in a new gallery venture in San Francisco. We named it Baxter Chang Patri Fine Art. I was mentored in the “Business of Art” by these partners and other colleagues in the art world. However, in the process of managing the gallery, I realized that my passion was in working with collectors, assisting them in acquiring works of art, and building meaningful collections. So, we closed the gallery and I began working as an art advisor.

HVDB: I understand you are involved in several non-profits. How does your work with these organizations relate to your interest in the arts?
HB: I work with the Human Rights Foundation based in New York City. I am Executive Director of their Art in Protest program. The program supports artists living under authoritarian regimes or in exile, whose art is connected to their struggle for democracy and basic human rights in their countries. We work with artists from North Korea, Belarus, Cuba, China, Syria, Sudan and many other countries where artists are persecuted for creating works that call for freedom of speech, human rights, and democracy.

I am also on the Board of Directors of the Gray Area Foundation for the Arts in San Francisco, which supports art and technology. I worked with the Human Rights Foundation to create the Art in Protest Artist Residency, which was launched in 2021 as a partnership between HRF and the Gray Area. This program allows artists-in-residence to develop projects that use art and technology to create social and civic impact. 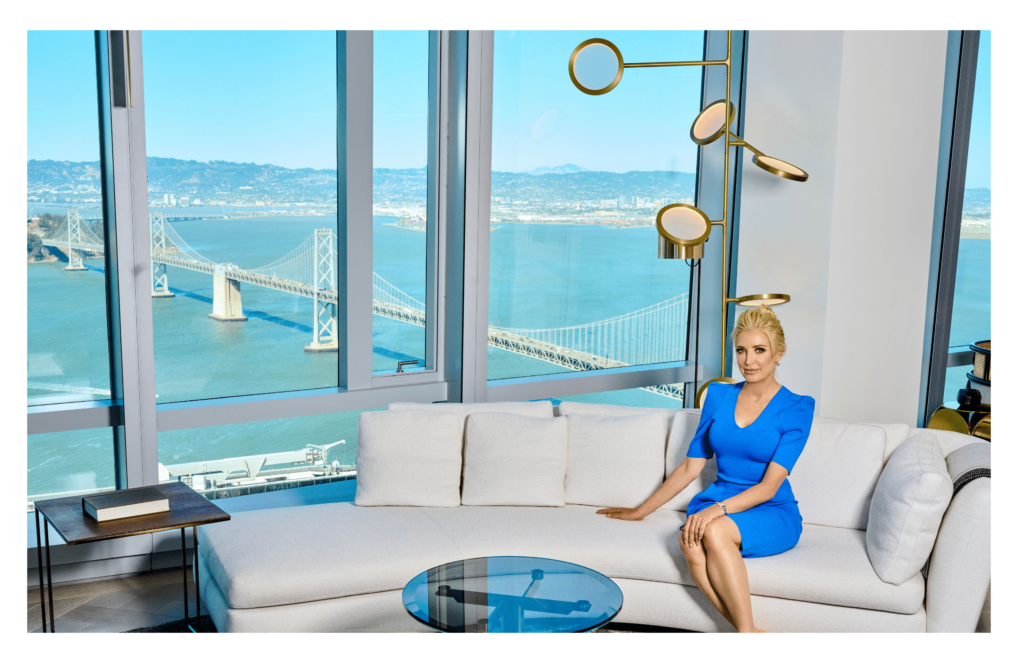 HVDB: Is this the role Art Advisors generally play?
HB: Yes, in general art advisors offer a range of services, from educating new collectors and recommending artworks, to providing access to hard-to-acquire artists and helping develop a philosophical foundation to build an individual or corporate collection.

Advisors often travel with clients to art fairs, museums, and galleries. An advisor provides an aesthetic and intellectual education as well as an education about how the art market functions and the components of how an artwork is priced.

An advisor uses his expertise to help a client make better, more informed purchases that will stand the test of time.

For clients who already have a collection, an advisor will typically start by inventorying the collection, entering the works in a database, and writing an analysis that highlights any themes or relationships among the works. Then, areas where the collection could be strengthened or further developed can be identified. Some art advisors provide full to service, meaning we will oversee the shipping, crating, customs assistance, insurance questions, and installation in a client’s home. Additional services may include special storage arrangements and recommendations for expert conservation or restoration work.

HVDB: How do art advisors receive compensation?
HB: It is paramount that as art advisors, we are transparent, have no conflicts of interest, accept payment only from the client, and not be paid by a gallery or auction house or any other party that could compromise the advisor and cause him to act in any way contrary to the client’s best interest.

HVBD: Does HBA specialize in a specific period of art history for its clients?
HB: Yes, primarily contemporary and modern art in all mediums.

HVBD: Do you personally have a period in Art History which resonates with you?
HB: I am most interested in contemporary art, the art of our time, and the opportunity to support living artists. 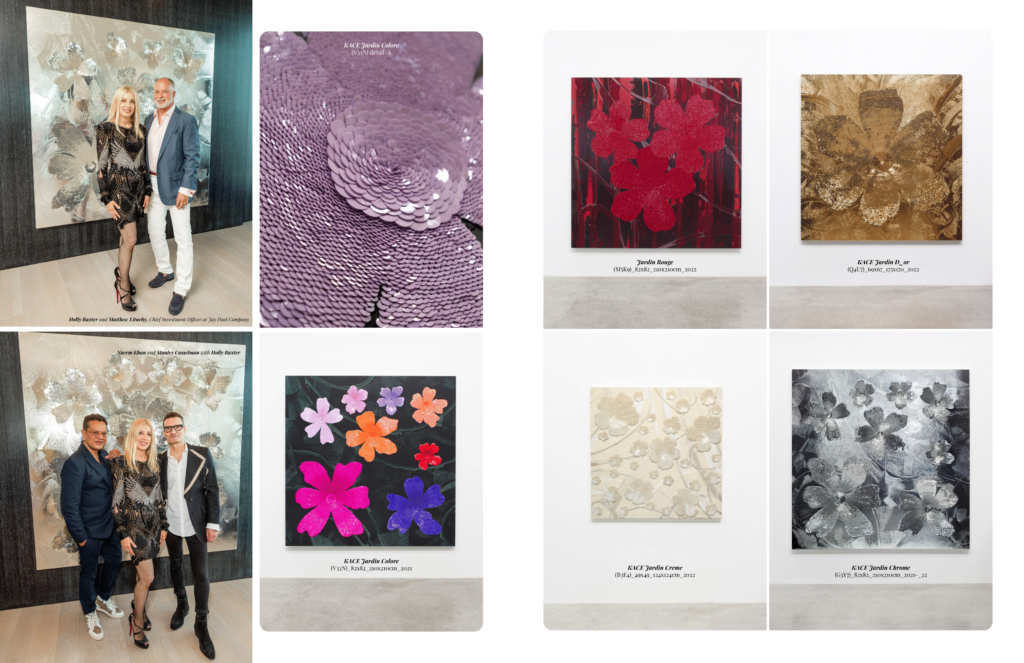 HVBD: Please tell us about some of your clients and the art consulting services you provided for them.
HB: My clients include private collectors, corporations, and institutions.

In the past, I launched and directed Restoration Hardware Contemporary Art (RHCA), the contemporary art division of RH (NYSE: RH). I was dedicated to bringing modern international artists to a global audience, showcasing their work on both an innovative web-based platform and in a 28,000 square foot gallery in New York City. We often fostered artistic talents through an elite residency program in Brooklyn.

HVDB: What is your process in choosing a work of art for a client?
HB: We look for art that is intellectually and conceptually bold as well as technically accomplished.

HVDB: How and when do you know it’s the “right” object.
HB: It’s a process, a journey with the client.

HVDB: As Art Advisor, Curator, and Director of Gallery 181, please share some of your responsibilities for the Gallery.
HB: I collaborate with influential, international galleries who do not have a presence in San Francisco. Gallery 181 is a platform to present their artists and their programs to Bay Area audiences, often for the first time. Gallery 181 is open to the public by appointment, so we provide the Bay Area community with the opportunity to experience art that they might not otherwise have the opportunity to see. We view it as a cultural contribution to the Bay Area hosting four gallery exhibitions per year. 181 Fremont also provides housing in the building for some visiting artists.

HVDB: Is there a recent exhibition you’d like to mention?
HB: From Gallery 181, an extraordinary penthouse residence nearly 700 feet in the sky, KACE., a two- individual collective of Naeem Khan and Stanley Casselman, recently presented the stunning inaugural exhibition of Jardin de Nuit. KACE. paintings transcend the gap between art and fashion. Their works feature flowers of various sizes comprised entirely of sequins in monochromatic colors meticulously hand sewn to a silkscreen backing—that spring forth from thick swashes of vibrant hues that accrete into diverse bands of pigments poured through one side of the silkscreen canvas onto the other creating unworldly luxurious textures. A truly unique, new technique.

KACE. the two-individual collective of renowned designer and artist Naeem Khan, whose eponymous fashion line has been worn by First Lady Michelle Obama, Queen Noor of Jordan, Duchess of Cambridge, Kate Middleton, Beyoncé, Jennifer Lopez, Taylor Swift, and others; and Stanley Casselman, an extraordinary contemporary abstract painter whose works have been compared to the abstractions of Gerhard Richter.

The KACE. exhibition is pictured in this magazine’s photographs but is not the current exhibition which is Lines of Abstraction from the Nara Roesler gallery. The exhibition proposes a reflection on the legacy of Constructivism in Brazilian Modern and Contemporary Art offering an overview of different approaches.

HVDB: Tell us about some of the past highlights at Gallery 181.
HB: As well as KACE. I have organized exhibitions with Blum & Poe, Mitchell Innes & Nash, Lehmann Maupin, and Sprueth Magers, and now the Nara Roesler gallery. These exhibitions were the first San Francisco presentations by these galleries. 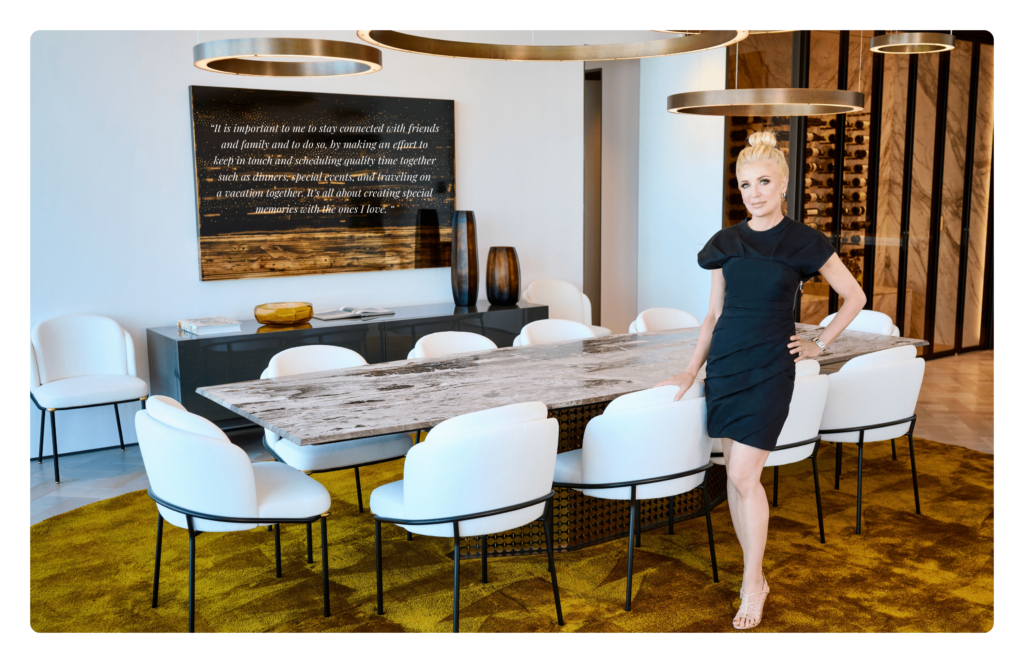 HVDB: What’s in the future for you and Gallery 181?
HB: Gallery 181 is in a penthouse on the 56th floor of 181 Fremont Street, San Francisco. Eventually the penthouse will be sold, so Gallery 181 will end. I think that will be okay. What is important is that it made a cultural contribution to the Bay Area and supported these galleries and their artists.

HVDB: If you were not an Art Adviser, what would you want to do?
HB: I love looking at and being in the presence of art and artists and people interested in art and history. I get to do this every day; I would not want to do anything else.

HVDB: I just have to ask:
How do you balance your very busy and challenging career with down time with family and friends?
HB: It is important to me to stay connected with friends and family and to do so, by making an effort to keep in touch and scheduling quality time together such as dinners, special events, and traveling on a vacation together. It’s all about creating special memories with the ones I love.

Favorite spot for vacation?
HB: I am a scuba diver so I am happy to go anywhere with a vibrant healthy coral reef! I visited Mongolia with friends and absolutely fell in love with that beautiful land and want to go back. St. Barts is gorgeous. Of course, I love going to New York, London, and Paris. I love to explore the world so I am happy to go to new places all the time. Sicily, Maldives, Africa, and Vietnam are high on my list as the next destinations.

How would you like to be remembered?
HB: Professionally, as someone who was passionate about the importance of art and supporting artists and who shared and encouraged that passion in others!

About Gallery 181
The highest art gallery in the world, the Gallery 181 art program is directed by Holly Baxter of HBA Art Advisory™. This on-site exhibition space is in a half-floor penthouse 700 feet high and is the crowning glory of 181 Fremont’s acclaimed art program. This space was created to host ongoing pop-up exhibitions and events celebrating art, the performing arts and more. Partners have included renowned galleries Sprueth Magers, Mitchell-Innes & Nash, Blum & Poe, Lehmann Maupin and Nara Roeseler.